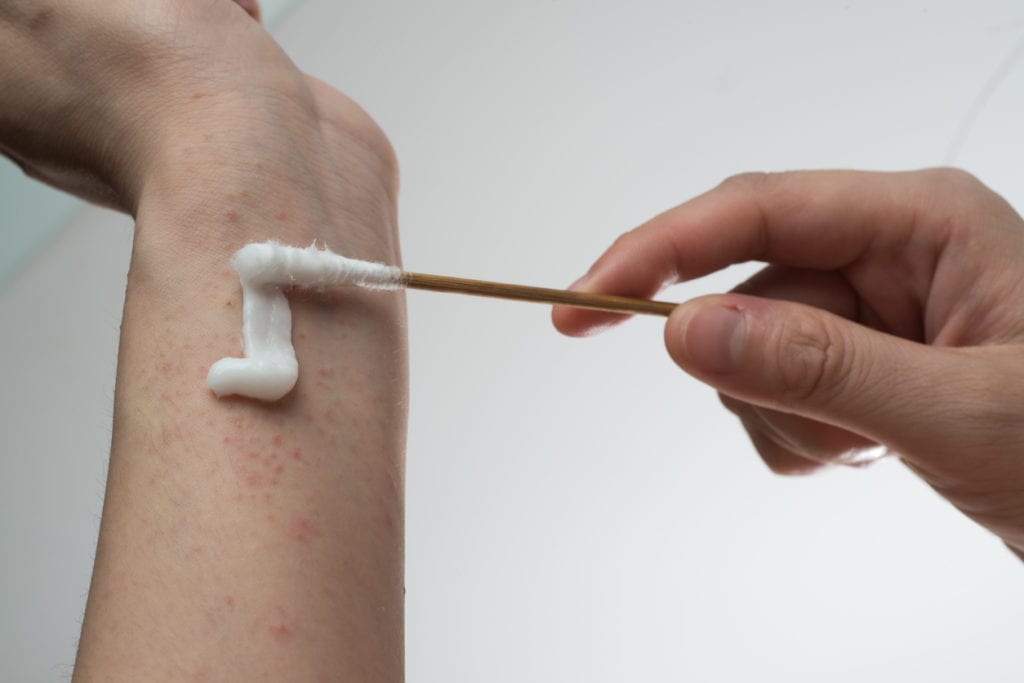 Having a solid immune system is great. But an overactive immune system can trigger all sorts of unwanted changes in the body, including psoriasis.

Psoriasis is a chronic skin disease that is an autoimmune condition, which is when a person’s immune system attacks the body’s own cells. In this case, psoriasis speeds up the life cycle of the skin’s cells, resulting in scaly red patches with thick, whitish or silvery buildup that flakes, peels, and often bleeds, and occasionally itches.

A dermatologist usually can diagnose the condition with a regular physical exam, however the physician may take a small skin biopsy to confirm the diagnosis, rule out other possible disorders, or classify the exact type of psoriasis. No cure exists for psoriasis, but it is possible to successfully manage the symptoms.

No two people’s symptoms of psoriasis are identical, however the most common symptoms are variably-sized areas of red skin with a thick, scaly covering of white or silvery buildup. Lesions may become quite thick. Other possible changes include abnormal fingernails and toenails, and sometimes even systemic symptoms.

The extent of the disease can be minor and range from a few spots here and there or patchy dandruff on the scalp, or it can involve the entire body.  There is no way to predict how serious one’s psoriasis will be.  The most severe forms of psoriasis are generally rare and are marked by either large areas of pustules and blisters that come on quickly and cause fever, chills, and intense itching, or cause redness involving the entire body.

Psoriasis can also affect the joints, causing an arthritis similar to rheumatoid arthritis with stiff and swollen joints.

There are multiple individual variants of psoriasis, although much overlap exists.  Major categories include the following:

Plaque psoriasis is the most common type. It causes dry, variably-thickened red patches of skin covered with white or silvery scales. It can appear anywhere on the body, including the palms and soles or even the genitals.

Guttate psoriasis most often affects children and young adults, and commonly may

follow a bacterial infection like strep throat. It causes small, red scaly spots that form on the arms, legs, trunk, and scalp.

Inverse psoriasis forms in the skin folds – areas where skin rubs and sweats – such as the armpits, the groin creases, under the breasts, and gluteal crease. It manifests as smooth red patches that worsen with sweat and friction. It is believed that the presence of certain skin fungal infections can trigger or worsen its symptoms.

Pustular psoriasis is one of the rarer types. Lesions are red patches studded with pustules that can appear on several places on the body or become widespread, sometimes including the hands and feet.  This is a severe variant that usually causes fever and other systemic symptoms.

Erythrodermic psoriasis is the rarest type of psoriasis and the most serious by far.  It usually involves the majority of the skin, with widespread redness, peeling, and pain.  Systemic symptoms are almost always present and even more severe than those with pustular psoriasis.  Patients with this type of psoriasis often require admission to the hospital.

Nail psoriasis can affect either the fingernails, toenails, or both.  It can cause pitted, thickened, and split nails, which may lead to loosening of the nails from their beds and even cause complete shedding in the worst cases.

Psoriatic arthritis is a type of arthritis that appears in some people who have psoriasis.  It can affect just a few, many, or most joints.  Symptoms include joint pain, stiffness (including morning stiffness), and even swelling of involved sites.  It is essentially the same as rheumatoid arthritis, and like this, it can result in permanent destruction of the joints and physical deformity if left untreated.

While there is no ‘cure’ for psoriasis at this time, its symptoms (including appearance) can be controlled in most patients. However, the more aggressive the treatment, the bigger the chance for unwanted or even toxic side effects for the patient.  This is why it is important to seek out a qualified physician who is experienced in treating this disease.

Overall, the main treatment categories are as below, from least invasive to most:

If you have signs or symptoms of psoriasis appearing anywhere on your body, it is important to have it diagnosed accurately so you can effectively manage the symptoms. If left untreated, the symptoms are likely to continue, or possibly even worsen.

Contact Lakeview Dermatology today by calling (817) 752-5256 or make an appointment online. Don’t let psoriasis get in the way of enjoying your life.

Visit our interactive patient education guide to learn about the conditions we treat.

At Lakeview Dermatology, our caring dermatologist treats a wide range of skin conditions such as Acne, Psoriasis, Rosacea, Skin Cancer and performs a comprehensive range of procedures such as Skin Biopsies, Chemical Peels, and IPL.